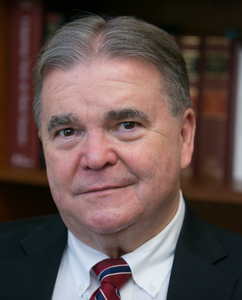 You may contact him through his Legal Assistant/Paralegal, Lisa Pettinato (860) 529-2941 or email her at  [email protected]

In 1999, the judges of the Superior Court of Connecticut appointed Mr. Mahoney a state mediator, fact finder, and arbitrator and he continues to serve in that capacity. He has also acted as a private mediator and arbitrator for attorneys from Connecticut, Massachusetts, and New York.  In 2014, Attorney Mahoney was invited to join the National Academy of Distinguished Neutrals of which he is now a member due to his expertise in arbitrations and mediations. He continues his dedication to the community through his involvement in civic and community work.